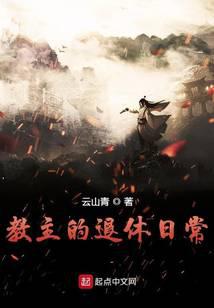 The greedy innkeeper is actually retired leader of Demon Sect, and the errand runner was possessed of Buddhism supernatural powers. As a man who was once invincible in the world, Wang Ye needed to hide his identity and strength to live in the chaotic rivers and lakes. He doesn’t care about the status, martial arts, and reputation that ordinary people pursue. He just wants to be a big idler who eats and waits to die. The world’s number one gang is hard-working, pointing the drunk shabby scholars to stop the martial catastrophe… After retiring, how can he be more busy?

Current ch 15
Dropped.
Mc is retired, he has only been in the world for 10 yrs, got too strong and gave up.
He currently owns an inn, got 2 servants who have mysterious pasts
Inn gets in trouble, blah blah, the servants think mc is weak and are always trying to save him, mc handles the stronger enemies without letting the servants know
The only reason I dropped is because it s not an immortal world but Jianghu, World is mostly consistent of martial artist not immortals.
So gang fights and faction fights.
Not my cup of tea.

Don’t trust the tagging of comrademao.
It is utterly crap. And sometimes got wrong ones.

(Angry tone) FOR REAL ! WHY CAN’T PEOPLE JUST GO CHOOSE IN UUKANSHU !
OR PICK SOME URBAN ONES ! URBAN SERIES SINCE 2020 THERE ARE LOT OF DECENT ONES IF YOU PICK A INTERESTING TITLE/SUMMARY !
Look at “bigbrohasdrugs” ! He at least got a nice vision !
—————–
(Serious tone) Thx z-man for giving this review. It’s useful when there are reviews that allow you to directly dodge bad series.
Also we really need to know why we keep adding lot of shit series. FOR REAL.

The “MC is op and hide it” is never a good idea. For veteran readers at least.
—————-
Gang fights ? KEH ! I can already foresee it : some of them offend MC and are beaten or destroyed.
Or maybe 1 op leader of a gang got the eyesight of discovering the opness of MC (KEH, but usually it is near always bc the guy is slightly powerful and ultra arrogant => MC beat him and spare him) and will act like a doglick.

Also i bet low-key will just spectate on the side as if it’s not his problem.
Or because someone he probably slightly cares / friend, he will beat some.

A large part of chapter 622 is missing. Please fix