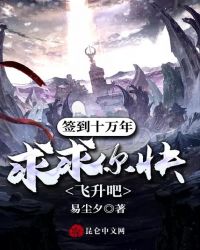 Traveling through the fantasy world, Ye Yun became the head of the Divine Dragon Sect. His talent was amazing. He led the Divine Dragon Sect, opened up frontiers, and continued to grow.
When I was in high spirits, I suddenly awakened to the sign-in system.
A careless move, bewitched by the system, the soul enters a mysterious space, can’t practice every day, sign in once every ten minutes, and get amazing rewards. One hundred thousand years have passed.
one day.
The 298th head of the Divine Dragon Sect came to the grave to bid farewell and was about to disband the Divine Dragon Sect.
The sign-in is over.
Ye Yun left the customs and began to slaughter the Quartet, and countless forces were crying and howling.
A hundred years later, the sect holy land of nine heavens and ten places begged Ye Yun to step into the gate of the immortal domain.

This novel is good. I havent read the buddha sign in novel but I read 2 other sign in novels which is purely kendo related and this is better than those 2.

We have MC who is most talented of his generation, one day he gets a sign in system and enters a mysterious place under guidance of system but unfortunately he got locked in that place for 100,000 years. When he comes back his sect is all gone, current sect master is only qi refining 8th layer and is gonna disband the sect coz only 3 people are in sect including sect master and 2 are missing. Then MC takes charge finds other 2, trains them and takes revenge using those 3 disciples…. this gets a little repetitive as in each sect they go and disciples fight he just sees and suppresses opponents who are higher than those 3 disciples…. there’s a mystery as to why his sect was destroyed. MC was 13th generation sect master… 250th generation sect master did something and now we have 298th generation sect master. Behind the scenes it was planned to torture the sect till 300th sect master and then kill them. MC is slowly uncovering secrets why this happened and MC is invincible in the lower world…. And he will one day go to upper world as that world has his acquaintances and might have enemies as well.

So this was 135 chapters in short. Now it is upto readers to decide

100,000 years alone in a dark space saying “system, sign in” more than 5,2 million times, and he is not yet insane… yeah right. not only that his personality still the same from 100,000 years ago. Typical hormonal youth garbage. it would be nice if there was a universe law that people are only allowed to write books at the age of 40, at least the author should know a little about life. You should go read buddha sign in novel, honestly is not that good but much better than this crap.

Bruh, if 40 year olds chinese write novels, it’d probably be about china is great japanese is the devil & america is foreign devil xD