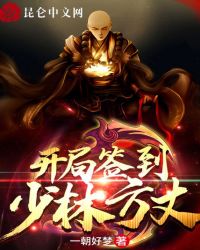 After crossing to become the abbot of Shaolin Temple, he discovered that this is a world where martial arts are prosperous and the Hinayana Buddhism is respected.
The Shaolin Temple is just a small temple in the wild, and the foundation is not too poor. There are three monks in total, and the two seniors still refuse to accept him.
The abbot was useless and had no authority at all, just at this moment…

No big bad points (nonsense, cliché, unlogical dev, etc), ok read, dropping but only read the beginning so idk about the rest of the novel.

This novels feels very lackluster, more like a boring slice of life novel than a fast paced system novel.

Another retarded and boring novel. I already try to read this in raw before and I can only score it 2/10. MC is OP but pretend to be weak which is very idiotic and boring.

the MC may be op but he is restricted and then there are sects, centrals and others everywhere, so it is normal that he faces attention. And then he is weak and his cultivation talent is very low! even with training it is difficult to make up for it. And then a Buddhas palm is five hundred point anyway and he does not really know to what level it will work!

its good story but from ch 220 the translator error,please fix it.