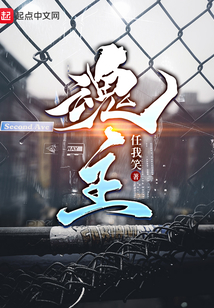 Yang Dai, who was reborn in the third year of high school, was forced to enter the [Deep Domain] before he could be happy.
This is a world where gods and gods reappear and demons eat and kill mortals!
Myths are revived, animals and plants have turned into demons, aliens and ghosts have invaded, and the status of human beings as the ruler of the earth is in jeopardy. At this time, the mysterious [Deep Domain] came to the earth in the form of virtual games, bringing hope to mankind.
Yang Dai entered the deep domain to gain the ability to control the soul. Based on the concept of wretched development, he wanted to be a soul summoner, and he planned to form an army of spirits before exploring the deep domain.
Unparalleled talent, the peerless genius of the dynasty!
The unparalleled demon king who is wreaking havoc on the world!
Covering the sky with one hand, the Patriarch of the Demon Dao who presses the right way!
Soul Master!

It’s quite surprising that this site is still alive…this is the second novel site that i used too read on..now it just post trashy novels
..i feel sad and nolgastic

I highly suggest giving this LN a read. It is a quick pace. At first it may seem that the MC is leveling and gaining to much to fast or has to many Ghost Servants. I also thought so at first too. However once the MC joins a Sect you will see the story expand into something far more than you thought it might be about and all those Ghost Servants are greatly needed. ****Spoiler**** (I’m trying to not give away to much information here, so that you can enjoy the LN :-)) At this point you find out that it isn’t a normal individual that is cultivating to raise his cultivation. No, it is an individual that is trying to save his entire planet/race from extinction. Their planet/race was entered into a compaction type of environment or game for lake of better words. They either grow strong fast or their whole planet/race will be whipped out. You will also see later that his real cultivation requires the Ghost Servants. On top of this the Ghost Servants also are used for an ultimate power-up with a negative backlash that requires time to recover from.

I normally don’t have a taste for this type of LN that you read about in the first several chapters, BUT I’m GLAD I stuck it out because it proved to be well worth read.

Last edited 3 days ago by FruitCake