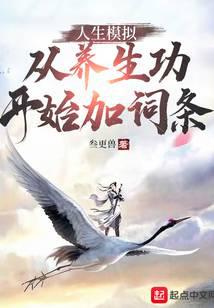 After waking up, Han Zhao traveled to a world where kingdoms were fighting for hegemony and demons were rampant.
The family of magic soldiers is high above, and the rich family of spirit beasts overlooks all living beings.
The inheritance fault of the martial arts system is gradually declining.
Han Zhao’s qualifications are mediocre, but he has a reminder simulator.
After the krypton gold simulation, choose one of [entry], [attribute points], and [life experience].
[You have practiced martial arts for eight years, barely getting started. Twenty-five years old, married and had children. Fifty years old, died of illness. 】
[You have practiced martial arts for one year, and you have successfully started. At the age of twenty-two, you were seriously injured and died of poisoning during a gang turf war. 】

Chapter 55
Mc get system or should I say stimulation system each time he stimulate he can get 3 option
1. Entry(or u can call talent) talent can’t be obtained every time they have very low chance to appear till now he only have 3 talent and 2 of them are white grade and 1 is green
2. Attributes point(or skill points)
3. Random life event or memory from stimulation

Just as the brothers upside said, so far so good, but as it progresses, it feels like remake of Way Of Devil done by a author who liked the world building but not the plot of that novel.

I really hope that the plot and ending doesn’t turn out as same as that one because I had dropped Way Of Devil midway cuz it lacked flavor.

The novel is fine enough, but there is one thing I seriously didn’t like… It was when mc married ‘beautiful Hugh status’ girls in the simulator… He went like I married them in simulation so they are mine anyway, there is nothing wrong with practising my rights and all… It was fine if the girls also liked him.. And one of them actually did.

But there was this other girl named Liu arranged to marry with him by his master and she said she would marry him if he reaches X cultivation stage… He did and they married.

Then thus guy purposely went ahead to simp for her in every simulation agreeing to her conditions then marrying.

Now he is asking his master what she likes so he can seduce her and marry in real life too… This are type of guys are seriously..

I hate it more because, he also married and held child in early simulation but because they were ordinary woman, he didn’t give a fuk but wants hard to get beauties… Seriously.

If it wasn’t for this, I was enjoying it quite a bit.

From the looks of it, he is also going to marry that woman from Ji Family, the worst thing is this airhead still hasn’t figured out that it is likely Ji Family who are killing his wife in simulation by reading the text… I mean, I could tell that at one glance.

Anyway, it is still good enough to kill time.

Last edited 6 days ago by Kennny