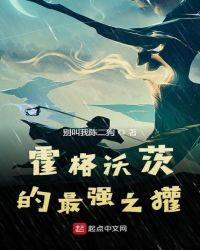 Link is a Hufflepuff.
Although he, Hufflepuff, came from a family of pure-blood black wizards, he is a snake-like voice, and he often invents some spells and potions, and he looks handsome!
The one who is alive is the individual winner!
But he still feels that he should follow the fine traditions of the older generations, be a low-key person, do things honestly, and make a fortune in silence!
As for the seemingly beautiful but thankless limelight like saving the world, let the people from other colleges go out.
For example, the black-haired teenager with black-rimmed glasses over there is a good candidate.

No comments but try to rate ?

Actually ain’t so bad at all…
It’s like an average novel of 3/5 thingy.

The MC transmigrates to Harry Potter world as a pure blooded wizard.

The original body was mentally sick due to his child trauma and experiments by his father who was also a death eater.

He has a system which helps him level up spells but it does not give task.

The plot follows normal book
And Mc does the fight thing instead of Harry Potter.

He is snapes disciple.
He is natural charm to animals.
He is ruthless.

He has one major love interest.
And 2 others who kind if like him.

Til 278 is the arc of the world quidich. Just after the prisoner of azkaban(Sirius Black)arc.

It’s seems ohk so far.
Not much drag.
If you like Harry Potter then please give a go.

Otherwise stay away…it’s the same baisc repeation of plots but witha different Mc who has a rich family and sly mind.

Suggestion Naruto: The Legend of Chiba

from chapter 175…. 3/5.. mc is not OP, he just little stronger than ordinary student, he need so much plot armor to defeat young voldemort… the romance is meh… generally u can say he replace harry as mc (the bad luck, plot armor, enemy, etc) personaly my conclusion is… Boring…

from cap 280, the translation of the good became horrible, you can’t even read it right.