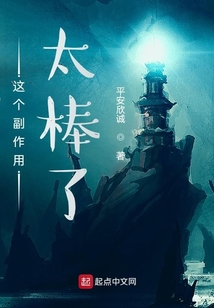 This Side Effect Is Awesome

The Fate-defying Book of Heaven can reverse the disadvantages and turn them into benefits, and change the fate against the sky to help you reach the pinnacle of martial arts!

Do you like ancient strengthening technique?
Do you like to have sex under the banner of cultivation and self righteousness?
Do you think you are the only savoir of the entire human race?

If yes this brain dead novel is for you.

This guy has the cheat to make any negative status into growth for his cultivation.

Initially he required energy for this trait to kick in, but later this logic was thrown out of the window.

As expected he will do the worst demon techniques, because the worse the negative effect, the better his cultivation.

It was okay till his body refinement arc, like i could understand the logic.

But then, author took out his nuclear dick warhead and made the MC cultivate a VIRGIN art!
So if he breaks his virginity his foundation abolishes.

And as we said the worse the negative effect, the better is cultivation.

Now some 40 chapters has just been dedicated to he
Sleeps with girl, abolishes,system kick in and he improves.

And this is just the brain dead logic, don’t even let me get started on plot armors.

Even braindead FFS are better than this.
Even ATG looks heaven after reading this.

The 2 leftover brain cells have dwindled to a single lone cell.

SAVE YOURSELF FROM THIS SHIT!

Not worth the time go find something better

Dude, there are only 450 chapters so far here… Besides MC need to have s*x to easily raise his cultivation realms and cultivation aptitude using virgin cultivation technique’s side effect. Such a good thing, of course MC will do it until the effect is minimal.

God, how much water🤯 I’ve read 50 chapters and 70% of them are repetitive words about training. Also annoying forced concealment of the mc’s powers, I understand that it’s logical that he can’t show too much, but how annoying it is