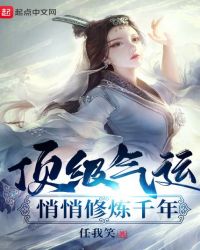 Reincarnation came to the world of cultivating immortals, Han Jue found that he had game attributes, and he could shake the dice to refresh his spiritual root aptitude and early luck.
Ever since, he spent eleven years shaking up the weather.

Good novel. MC has the strongest cultivation talent, but he’s not op in the sense that there are still stronger beings. System has no tasks and doesn’t force MC to do anything. No young masters or brainless villains.

Absolute 💎 gem. This is what you call good read after long time.

This is first novel I had read with mc of sign in system having a harem… Mc is akond of coward I say… Some people’s may disagree with this but it’s a truth… Mc is coward I will not call his action if staying at one place for whole life just for the sake of protection and saying he can become strong just staying at one palce so why moving… This novel is a boring read… Mc beats everyone everytime… He is strong, handsome, have beauties fluttering around him… Even tho he don’t care about beauties still it’s a good thing to keep the interest of readers… Mc encounter different mc of the world .. which he takes them under him as disciples and the novel then start showing their journey and encounter in the world… Sigh… As I said this is boring read… Read it when there’s nothing to read… I am dropping it as I have lost interest after he decided to stay in same place until he transcend… Lol I understand people are being tired of endless killing and adventure of classic mc… But these kind of novels are also not that good .. just fine for considering as a break novel before diving into some other one..

MC’s cheat gives him a lottery of 3 type of innate talents to choose, if you accept you can start the cheat system and if reject wait for next day to redraw. MC waits 11 years for the top talents to arrive. It is one of the few good Novels where MC does nothing most of the time and always shrinks himself in his comfort.

the tl quality is below average of this site,slightly confusing,n the story i like it 🙂

A TRUE MASTERPIECE ! The most obvious reason is that mc act like a true ceteran reader and is smart. Smart mcs are rare among chinese web novels. There are fakes ones or smart but still doing stupid obvious mistakes.
Can you count the number of times you saw a xianxia transmigrator mc doing a 4th wall break that says about the poison cliche of : killing a random villain will have a big background and cause revenge of op patraiarch then elder then sect then etc ? It is mega common in poison xianxa series.
Here mc always (didnt happen often) lie his name when something that could troubles or when wisp soul of an elder of an enemy that died, ask for his name.

ALSO MC CARE MOSTLY OF BEING IMMORTAL, DODGE CLICHES (kinda mocking by doing that), IS SMART AND MEGA CAUTIOUS.
ALSO HE WILL GET A OP BAD LUCK CURSE BOOK THAT 1% RIVAL DEATH NOTE.
I have read raws before it was added !

Also warning. Most of the time will stay in the 2nd cave given by sect since a early chap. The more you go the more often you see series write in 1 sentence that 10 years passed and always staying at home. In fact mc never left sect until where i am where he is transcending.

But author is a true op new generation. There are this time skips but author write really really good and original.
Mc can see affection with system. Like or hate. It is really original op thing. I let you think.
Also despite timeskips, when mc end this 1 sentence skip, he check “emails” of syst, and you can see some basic info of events of his acquaintances that like or hate him. And author write good content between this skips and decent controlled. In fact it look like the pace of a xianxia normal but the pass needed often goes big here.
Also if you are for action it is also really good, but only if you like a mc winning easily but DANG ITS REALLY COOL. ALSO MC GET OP ITEM REWARDS SLOWLY ALL OVER HIS BODY! Mc always cultivate hard so he never get hard fights.
Mc even get a simulation function in system. Of course it diesnt take long to dodge detailing it as you see nutshell of how mc try the new enemy , detail a few things how its hard to fight and retry until killing in few seconds. Too cautious ? No. Smart. Xianxia world can bbullshd.And despite mc winning in simulation in 5mn, he is right that a big trouble could appear that could make him lose.

If you like decent xianxa life plot without big problems its for you. In fact mc keep having too op enemies against the sect but mc thx to his cautiousness, win.

Read this if you ever craved a xianxa with a “death note” like ability (kill enemies without having to fight).

Its not death note but kinda one.
I am only at 126 in raws before series is added to cmao and used on 4-5 people.
Lets say it near always worked really good.
The only or 2 times it doesnt work is because the enemy is too powerful. And some attacks worked perfectly.

But good news. Just near where i am, the book get upgraded. And probably work better on more powerful enemies. Its just righ i read something else right now and didnt see how superior the upgraded book work. In fact all the targets are the ones that cant reach or really more op than mc. The ones that failed = were barely affected is because they really too exagerated higher realms.
Analogy : lvl1 curse a lvl8. But lvl 10 curse lvl 50.
But as said in the other review, mc focus on cultivation so he win easily. The curse book is used as delaying or sneak attack basically, as it always work. And if the guy dies than it is good.
Its like trying a limited lottery where the lowest thing is to reimburse the ticket + 1$. And the bigger rewards got big probality too. Any smart person that got freetime and nearby will do it.

Example of what the curse book can do : make the qi turn turbulant of the target suddenly and the person puke blood.

a useless book that does not do any good. How many times has the mc improved it, it can’t even kill a person weaker than the mc, its only use is to waste treasures and add more words to the chapter

While many people are saying the mc is smart and what not but the fact doesn’t change is it is very boring to read. There is nothing happening (absolutely nothing) anywhere in the story. There is no particular plot, his system says so much about karma and whatnot but his disciples keep on getting abused and he doesn’t even do anything even when it can solve the problem for the whole world.

The basic structure of the entire novel is mc will sit and plot armour forces just the right opponent to come to him and repeat the same thing over and over again. A will eternal also had a coward of a mc but at least it was enjoyable to read because he had emotions, Smart mc may make me like the story a little but at the end of the day I’m reading this to get some enjoyment and the so called smart mc is not even as good as arrogant young masters in this respect.

the author went too far with the caution of the main character, will he now be afraid to even breathe air until the end of the book? Also, it becomes boring to read very quickly, the plot is constantly repeated. I also don’t know why he needs so many protective treasures, if he is even afraid to fight for more than 1 second. And most importantly, no matter how he hides, there will be an enemy who is stronger than him, a typical matryoshka-killed the younger-the elder came-killed the elder-the ancestor came

the mc supposed to have lived for thousands of years acts like a teen who request these stupid ass novels!

it become incredibly boring in the later ch,
i can understand for mc to pursuit his goal of immortality cause his past is youngster with cancer but seriously his goal is never end even when his lifespan is over thousand Q,he still hiding like a hermit in his den from beginning till the latest ch nothing changes =.=”.in beginning i find the mc cautious n hardworking in cultivation is the most rational n normal u will find from modern ppl come to cultivation world, but in later ch i find the mc like robot with only 1 goal to pursuit immortal,he doesnt look n act like human or any living being with emotion,cause what he only did is cultivation in retreat with his 40.000 years in his life the time when he is out his den maybe not even 1 day long!! aghh idk what to type anymore =.=”

edit:his time out his den is more than 1 day,i think its almost 100 ys,in this time he already the most op in immortal world(below saint),he go out to live a normal live to find a way to breakthrough to saint realm,but the way he act didnt change at all still like hermit ,he get married n has son but most of time he just stay still in his house seeing the outside world from the window till his wife died peacefully in front of him n then go back to breakthrough

Well, at the beginning everything was good like hiding yourself and cultivating. But after 150chapter or so it’s becoming very boring , imagine you have QUADRILLION years of life, becoming veery op but still thinking about everyone’s gonna kill you. He won’t think anything except cultivating or he gonna die, he won’t leave his cave because feels like someone gonna kill him,feeling insecure etc. It becomes very boring after 150ish chapter, everything about timeskip, upgrade, feeling someone’s gonna kill him, cultivate, timeskip, upgrade, very sad life tbh.

Its called premonition, the higher the cultivation realm the more accurate the cultivators ability to predict future/perceive things with their intuition. Without much spoilers mc has been plotted against since the day he was born. Altho in later chapters the cautious nature of mc does reach disgusting levels, its only if you ignore against whom mc stands.

Well cautiousness is good but you have to balance it with adventures or something. Isn’t it become pretty boring after certain chapters? There is no adventures, no joy or sadness, only emptiness with constant closed door cultivating and breakthroughs in years after years. For me it’s sad because there is no humane feelings involved.

Could someone please tell me the raw name ?