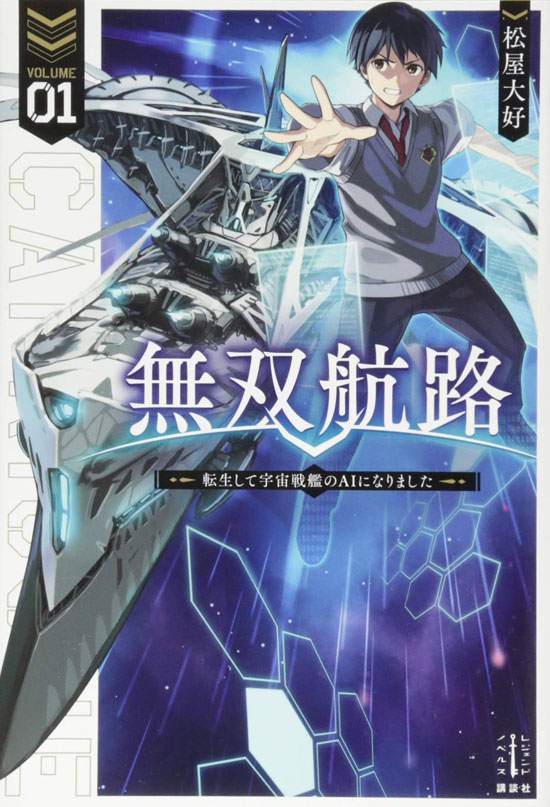 Unparalleled Path ~ Reincarnated as the AI for a Space Battleship ~

After regaining consciousness, high schooler Asagaya Makato has become an AI for a space battleship. As if that wasn’t enough, the ship has been surrounded by enemies, and he himself has a damaged engine, putting him in a dire situation.

The warship commander had already died in combat, and taking the place of the temporary commander is a young girl of the imperial family, who had joined the ship out of courtesy. Makoto had tried convincing himself that this was a dream, but being persuaded by the girl, he stands as a battleship.

After somehow crushing the enemy at point-blank range, the fleet’s fight is over, and the battle for the fate of the empire has ended in a crushing defeat. Makato gathers up the survivors and plans to escape the battleground, but there’s a large enemy fleet on the route to the empire. He makes a jump deep into the enemy territory on a slim chance, but —

Set 10,000 years in the future, a young boy has been turned into an incredibly powerful cheat AI and leads a small fleet to become peerless. There’s romantic comedy, imperial intrigue, ancient weapons, philosophy, and more!