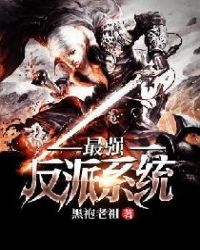 I am a villain…

The MC has villain system and talks as if he is a villain, but he doesn’t actually do anything villainous, and just like other cultivation novels, everyone except the MC have negative IQ values!

He gets repeatedly threatened and insulted, but doesn’t do anything to them because he wants to recruit them as allies. How is this a villain system novel at all?!? Its just a killing system, has nothing to do with being villainous, just the MC pretending to be evil!

A little spoiler –
He doesn’t kill much. he’s more of a shameless thief.
There’s an item called Soul Bead (not rare) that can give him points and he use a brick to knock people and steal their destiny points…
And there’s no suspense at all he can always use cheap teleport to escape anywhere on his map.
Plus the big issue of all, he can learn all proficiencies (like Alchemy) to King Realm right from the start. BS.

Enough! Goddammit! He keeps getting used he’s arrogant at first which is ok but then he turns to a btch at the end . ENOUGH IS ENOUGH USELESS FCK. CANT BELIEVE THIS NOVEL IS ANOTHER ONE LIKE THE OTHER NOVELS WHERE MC IS A BITCH. GODDAMN USELESS TRASH

Nvm it was not video game but the main character flexing his backstage at every moment he can.

Trash, the mc have nothing to do with evil hes just basiclly brainless cultivator that have system, another thing why the fuck chinese always have this stupid cultivation teaching that called like “profound heaven battle art” its fucking low lvl cultivation u cant even reach the Heavens with this shityy cultivation technique I just wonder why they got all those fancy banes just like the novel but in fact all trash