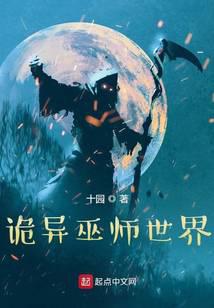 Travel to the wizarding world.
“But… what about the wizard who promised to pursue the truth?”
“Why are they all greedy people who pursue power!”
With infinite knowledge comes…
It’s endlessly weird!

Overall Evaluation: The author tried copying (World building, cultivation system and types) of The Wizard World(Original) or The Warlock Of Magus World(Already a copy) but failed miserably.

He added some parts to make it look like how Mage(Magus) are way above normal people and feared like that, Grand Knight are trash and stuff, but he never really put any conclusive evidence it’s like mc already knows everything and doesn’t even need to verify it. For example he went to buy Battle Skills of Grand Knight, the merchant showed him, he saw the names and introduction, then “just that? The techniques from mortal world looks too weak,” Like bro… You never even saw a Knight fighting in your whole life, doesn’t even know how to weild a sword but just by looking secret arts you can tell their limits? Even when he system that cna break the limits… Sigh… Even Leylin wasn’t that arrogant.

There are too many things to count, but to me personally, MC’s personality in every novels matters a lot, this one’s personality doesn’t look complete. Sometimes he can worry a lot about the girl whom he haven’t even touched after Reincarnation and not about others who are suffering just because of his presence…

Nevermind these, I don’t understand why Author even made him a Transmigator from Earth? I mean, he accepted everything the previous owner of the body had, even the female friend, family and hometown. To top it off he even wants to go back to Earth when he was just an orphan there, author also foreshadowed that he will likely return to Earth in future(you can expect cliche nationalism on his return like always then). Overall, why even make him a Transmigrator then? Just take it normal resident of this world who obtained a treasure system which can help increase proficiency and break limit.

And yeah, in chapter 1 he meets an honest girl who seems to care about him so he also starts care about her (bad signal) and in chapter 2, it was already foreshadowed that she is likely the princess of the mortal kingdom he came from(Super Bad Signal).

Seriously, you only read chapter 1 and not even reach 100😂