Zombie Summoned To Another World 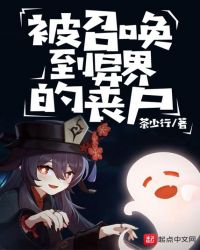 I am a zombie, a thinking zombie.
As a zombie, I just need to be zombies every day.
Because I’m weak, I can’t even grab the big guys. I’m so hungry that I can only live in a muddle-headed way every day, and I can’t even move my mind.
I can’t grab the food, except for the mourners, what else can I do while lying down.
Because he has already died once, it is difficult even if he wants to wait for death.
Until one day, I was summoned to another world by a necromancer. He seemed to give me some orders, but I didn’t understand what he was saying, so I made him backhand and ate him.
Although his meat is very old, awkward and sour, don’t be too picky if you have something to eat.
By devouring the brains of the Necromancer, I gained the lingua franca, basic magic knowledge, and the call of the undead…

Let me be honest, I got attracted by the name of the novel, but after seeing the description, I lost that interest.

If someone reads it, please gib me a review, I don’t plan to waste my time if it’s those childish isekai airhead mc manga fantasy:’)

The MC comes to the wizarding world, and eats the summoner with no guilt at all. His humanity had been lost because he was a zombie from the start.

And by the way MC is a zombie, so he doesn’t care about women. He likes children because he thinks their brains are very good.

An ability MC can gain someone else’s abilities or knowledge if he eats his enemy’s brain, but the focus of his power is not on that. He studied magic.

I like the mc who comes to the palace banquet wearing Akatsuki clothes. At least he accepts the Japanese state and has no signs of racism.

This is my reason when I’ve read chapter 80 and above. If something goes wrong, please fix it

Ah… I stopped at chapter 98. It started when he summoned a zombie empress who came from his own world. somehow this gives off a feeling of being out of control, It was as if the MC had implanted his own time bomb into his body. I don’t like this

I have read all the chapter I think it is worth it the empress zombie sign master servant contract with MC .he owns a planet after some time.he get op after some chapter even after empress lvl up he defeats her and control all other zombie emperor on the earth

I stopped at chapter 36, my criticisms are that the mc has intelligence but acts like a normal zombie with no concern for his safety and no fighting strategy, the mc is a plant zombie because he merged with a seed from the tree of life then one imagines he has some skill but he acts like a dummy.

Story is good but the author leaves very and I mean very huge holes in the story right from the beginning.

For someone who’s not supposed to have any memory, the mc basically remembers everything about his past life (especially China) and later on it basically feels it’s china everywhere. Mind you that mc is still supposed to not have any past life memories.

By China I don’t mean there is any racism in the story and but it still feels as if the mc was suddenly forced to do all that rather than doing it by his choice. Well what I mean is those Chinese insertions in the story are rather forceful and seem very odd and strange, as if they just popped out of somewhere.

There are also huge positives to the story, which includes a detailed professions, while not much has been said about the world, but some key words are enough to give a detail about and the rest has been mentioned by the author.

For those of you only going to read the story for the darker zombie aspect, I can tell you there is honestly not much of that in the story, while he has a few monologues here and there but there are no actual scenes apart from very few 2 or 3 total by my guess.

Overall the story is still very readable if you aren’t the type of person who’d mind the huge loophole of memory. And mind you the loophole starts straight from the first chapter.

Lol, bro ya reading a chinese novel for ths first time? It’s almost everywhere, I do feel you, it looks like all these things are forced upon authors, even the blunt sarcasm upon Japan and the US.